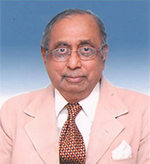 Bharatiya Vidya Bhavan is an unique institution in India engaged in the field of culture and education.

It was founded in the year 1938, nine years before independence by Dr. K.M. Munshi with the blessings of Mahatma Gandhi and support of stalwarts like Pandit Jawaharlal Nehru and Sardar Vallabhbhai Patel.

During the last eighty years it has grown from strength to strength spreading its branches all over India and even abroad. It has some 127 centres in India and seven centres abroad.

The Pune Kendra was established thirty five years ago and has done commendable work during this period in the field of education, culture and dissemination of science amongst students. It has established two pre-primary schools and two elementary and secondary schools with over 4000 students. Thanks to the dedicated efforts of teachers and staff of the schools have earned a name as institutions of excellence.

The Pune Kendra has arranged several cultural programmes. The Annual Concerts of the schools have exhibited the talent of students in dance, music and drama. The Kendra arranges a number of cultural programmes in it’s own auditorium Recently with the support of Infosys, the Kendra has arranged ‘Cultural Outreach Programme’ under which as many as 25 events have been arranged drawing on the rich treasure of folk music and Natya Sangeet of Maharashtra. The programmes have been an outstanding success well appreciated by the audience which filled the auditorium.

A special wing of the Kendra is Muktangan Exploratory Science Centre, which provides laboratory facilities to encourage students to arrange their experiments in various fields of science. Hopefully out of this efforts would emerge budding scientists of India of the future.

The Kendra arranges Annual Educational Conference to discuss various issues pertaining to education in which teachers, parents and experts in the field of education participate.

My blessing and best wishes to the fraternity of Bharatiya Vidya Bhavan, Pune Kendra for a bright future.